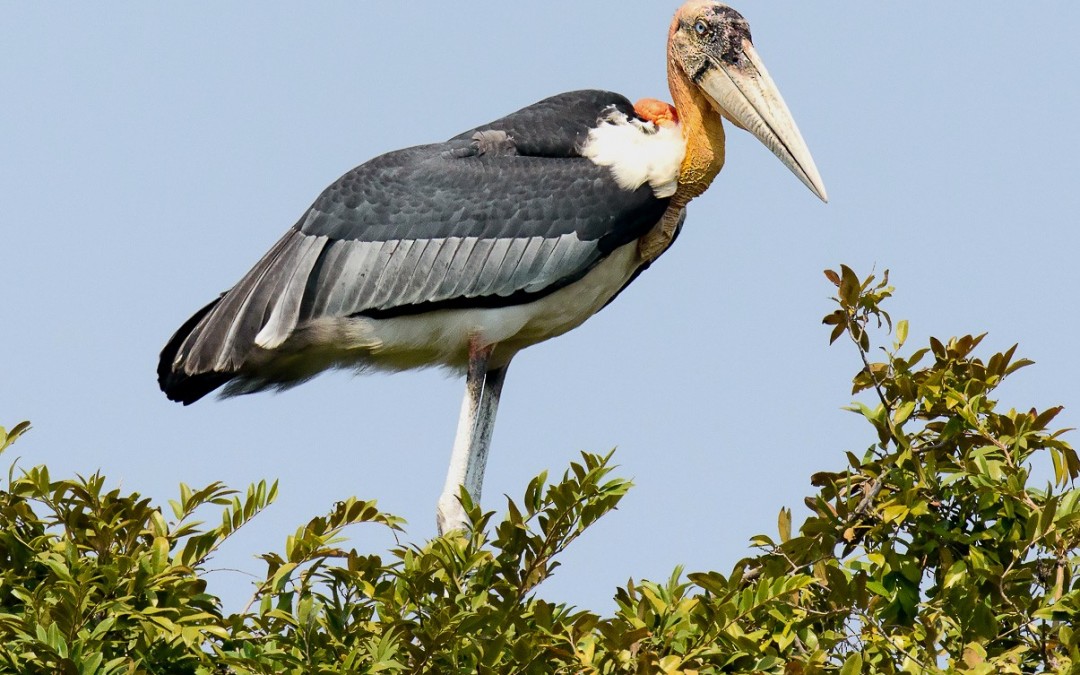 The incredibly rare milky adjutant lived in Prek Toal and it was my mission to save it even before I got to Cambodia and realized there isn’t a milky adjutant it’s a Milky Stork and a Greater Adjutant. Undeterred enthusiasm intact, Prek Toal was at the heart of why I’d come and where I was going. 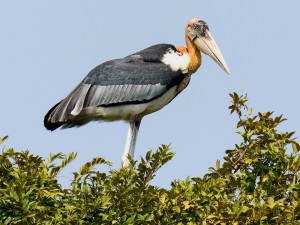 The Core Bird Reserve did not disappoint. A two hundred square kilometer water world of open forest emerging from The Lake during the ebb, it seemed untouched and unvisited. A haven for the flocks of large birds that flew past our boat; pelicans soaring high on the thermals or sailing galleon like across the lake. Oriental Darters and cormorants flying in formation, plunging into the water with their spear like beaks to pluck out fish. And the storks perfectly poised in the tree canopy, ruled over by the largest of them all, the Greater Adjutant.

Over 200 species have been recorded inside the core bird reserve so every size, shape and color has adapted to take advantage of the hierarchy in the flooded forest. 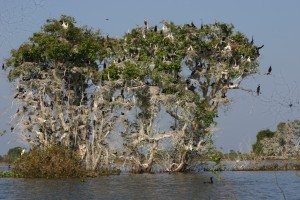 Prek Toal Village is fantastic in its own right, hundreds of wooden houses floating on clumps of bamboo clustered along the river banks in the dry season when the lake is low or spread out into the forest during the flood. The village economy revolves around fishing; subsistence for the poorer families in the floating shacks. Midscale for those that can afford the apparatus and the bribes to fish inside the core bird reserve. And commercial where migrants work for the Bong Thoms (powerful people) with fishing rights to the Lake. In February the fish fences fringe the flooded forest to trap the fish as they emerge from their sheltered nurseries beneath the trees.

Life on the lake is dictated by the annual pulse of water surging down the Mekong River. Silt caught in the current is carried from China through Myanmar, Thailand and Laos then deposited where the water slows South of Phnom Penh. The raised riverbed changes the direction of the flow from South to the sea now North to the great Tonle Sap Lake, filling it like a bath until the King pulls the plug at Bon Om Teuk, The Water Festival and allows the river to regain its normal route. 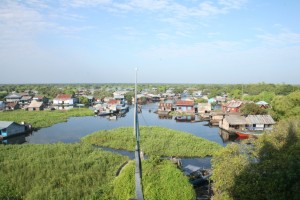 The flood brings life in the form of fish that swarm into the flooded forests of Prek Toal to breed, spawn and grow providing much of Cambodia’s protein.

What can we say to our guests when we take them across the lake from Siem Reap to The Core Bird Reserve and Prek Toal Village?

We can explain the hydrological phenomena at the heart of the ecosystem and describe the adaptations both human and natural but it’s best to let people see for themselves and watch the wonder of this other worldly place work its magic.

It’s not easy to take a boat inside the Core Bird reserve but Buntha and Bo had persuaded the conservation team in Prek Toal to let us in. So we sailed through the trees to where Wildlife Conservation Society has built platforms in the canopy to monitor and protect the bird colonies. The water was at its height so we could see the submerged vegetation and the fish that swam between the leaves beneath us. It was too early in the year for the star of the show, the milky adjutant AKA greater but the trees were laden with black and white colonies of darters and cormorants with their creamy white chicks.

We paddled back in our kayaks over the yellow mats of saray, a tiny floating flower to where the water hyacinth clogs the channels into Prek Toal. 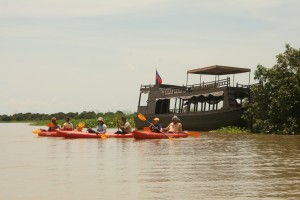 Kayaking at the edge of the Core Bird Reserve from finfoot. Photo Nick Butler

Clearing a route through the weeds we made it to The Sangke River and paddled across to The Saray Platform where the women of the village weave the dried stems of this invasive alien into handicrafts that are sold for the benefit of the poorest families in the village. There’s also a restaurant, you don’t have any choice, its fish fresh from the lake with vegetables and fruit traded from Siem Reap. 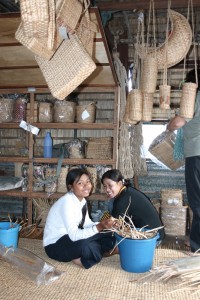 Women from Prek Toal Village weaving the stems of water hyacinth into handicrafts on the Saray Platform. Photo Nick Butler

We were sailing on finfoot, so we forwent the fish and rice in favor of lightly poached chicken and roast vegetable salad back on board.

The kayaks stowed and all aboard we stretched out luxuriously across the day beds on the upper deck, shaded by a canvas awning while the staff laid out our lunch boxes complemented by a chilled Chenin Blanc.

We’d been to the ends of the earth, a forest of flooded trees circled by flocks of birds. We’d paddled through a village untamed by time, as mesmerized by the villagers as they were by us. 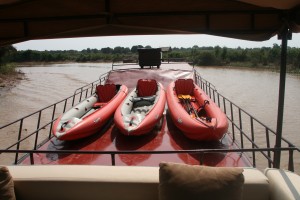