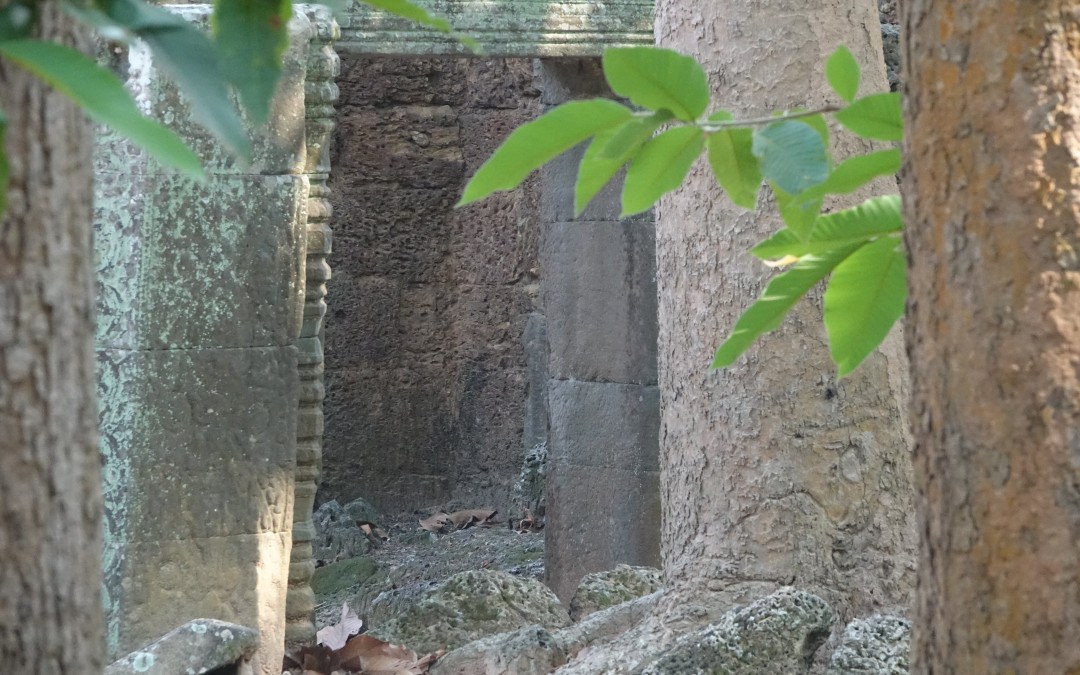 We travel in reverse chronological order starting with 2 temples from the Bayon period.

The Buddhist king Jayavarman VII (or JVII for short) crammed into his thirty year rule the largest building program ever undertaken during the Angkorian era. At the center of his empire was the city of Angkor Thom and his state temple the Bayon.

Not far from the North Gate of Angkor Thom, off a red earth road and down a sandy track is Prasat Chan Ta Oun, once upon a time a Buddhist monastery. 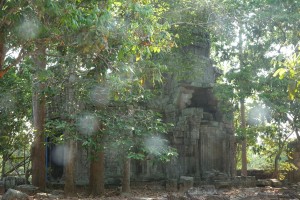 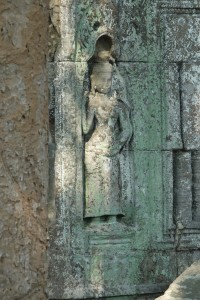 A divine figure from Buddhist mythology 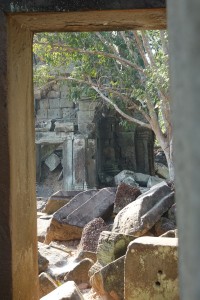 looking into the inner enclosure of Banteay Thom

Banteay Thom also close to Angkor Thom* is built on a larger scale and harder to find, which is part of it’s charm.

*Thom being the Khmer word for big and Prasat means temple

There are two laterite walls with a moat in between and an entrance from the East. The inner enclosure is surrounded by galleries that can still be entered but not recommended for arachnophobes. 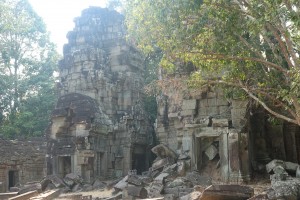 The central towers of Banteay Thom

The three central towers that have been dug out for treasure are looked on by carvings of Buddha in his Bodhisvatta state of enlightenment.

Small roads through stilted villages in countryside not much changed since the temples we visit were built. We’ll stop on our way to have a wander through and learn a little about what life is life in rural Cambodia.

We head back in time 200 years and along a red earth road to find Prasat Char (lit. temple of the palm tree) commissioned by Jayavarman V. There are clues as to its construction from the Sanskrit engravings in the stone doorframe. 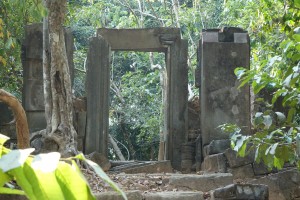 An uncertain fate is said to befall the translator as a five-headed dragon awaits those who understand the meaning of these runes. 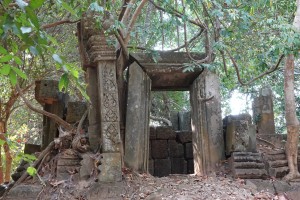 Another 200 years back in time and we’re swapping the Angkorians for the preceding Chenla period when the Hindu brick temple of Prasat Kok Po was first built. ‘The Island Temple’ appears just that, set on a rise and surrounded by a rainy season moat. 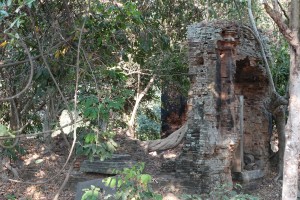 Restored by JIII in the 9th century as detailed in further Sanskrit engravings but this time with no dragons involved.

Spean Memay or Bridge of the mirror now crosses a dry field but once it lead from the North West corner of the close by West Baray, and headed to the Western borders of the Empire in Thailand. 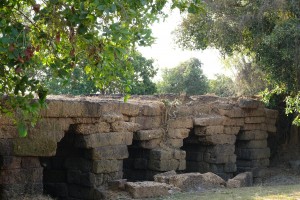 The bridge 79 meters in length and made up of 29 arches built in the 12th century survived Typhoon Ketsana, which washed away many modern bridges in 2009.

From Spean Memay we drive up onto the banks of The 11th century West Baray, which at 8km long and 2km wide was until the industrial revolution the world’s largest entirely man made reservoir. 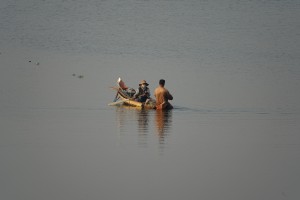 A permanent body of water that is still used to irrigate the rice fields to the South and Siem Reap’s beach resort. The traditional Sunday pass time for the family is to lie on a bamboo platform overlooking the water, drinking beer and gnawing BBQ’d chicken. 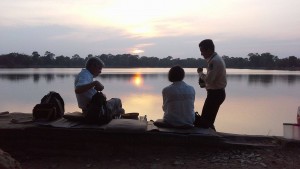 We’ll finish our temple hunting with a picnic lunch or a cold beer looking out across the water to the forests of Angkor behind.